Exciting news everyone! Whether you're already a fan of Professor Gary Lee and his adventures in Memoirs of an American Samurai Part 1 or just looking for some authentic martial arts stories of someone who lived them over decades of warriorhood your time has come.

The National Sport Karate Museum is proud to announce Professor Gary Lee's forthcoming sequel, Memoirs of An American Samurai Part 2 is in production and will be released in the near future.

Here's is a sneak preview of just one story from the new book, enjoy.

I love to be cornered with no other options, no way out except though prayer and my faith.

You know I get a lot of comments and e-mail about being a fanatic, posting, sharing about sport karate, and expressing my non bias and sometime personal feelings toward subjects that are controversial and political in Sport Karate. I thank you from the heart for the kind words that many of you have written and the some that have been critical as well.

Here are some of the reasons today that I am grateful and will sit sometimes and just thank the Lord that coming across the ocean to the mainland was worth it to me.

This is a true Story-

A few years ago, well, a long time ago this happened to me. I had been on the mainland for only a few years, and I was young, innocent, and just foolish sometimes. Here is one of those innocent, youthful, and foolish moments that made me a believer in the unexpected. I do believe in a higher power, a spirit, something, that watches over you, and I believe this was my proof, osu!

I was shooting the canals in the hill country of Modesto California amongst the peach groves. These were lonely roads in the middle of nowhere. Just hundreds of acres of peach trees all fed by the water canals. I would enjoy my alone time, just my six pack of Coors and I, sitting under a tree, and thinking of my future. After resting a moment, I built up enough courage to jump in the canal to cool off or “shooting the canal.” When you dive in, you have to dive deep enough so the current shoots you forward like a big push. Well, having not seen a car drive by in over an hour it was time to cool off. I striped down to my shorts, got on top of the ridge and dove in. Unfortunately, it was not deep enough, and the current did not shoot me out. Instead, I got caught in a strong current and was being dragged toward the dam. I was being pulled under and felt I was going to drown. I found that it’s true that your life flashes before your eyes when you think your time has come. I really thought I was going to die. I saw my dog, my blackbelt, and my surfboard as I recall.

I fought back and mustered enough strength though the water to struggle to the canal bank. I fought to gain adequate leverage to pull myself to the ridge, where I had jumped in, reached up, and grabbed both hands onto the ledge. The water current was pulling at me, trying to force me back down into the canal. My legs were spent, and I was barely hanging on to that ledge.

By now, I knew I had done a stupid thing and I felt all alone. I was terrified of dying, then I suddenly looked up and surprisingly, out of nowhere, there saw an old man standing above me. He had a hat on that shaded his face and I could barely see his features. He then, thankfully, he stretched out his hand out to mine to take hold of me, because by then my strength was gone.

Grasping my wrist, I felt him pull me up and out of the water. I fell to my knees and looking down noticed that I had cut myself. Blood was everywhere. I looked up to thank him and he was nowhere to be seen, vanished. No car, no shoe tracks, nothing. By now, I was in shock. I rose, stubbled back to my little tree, and grabbed a rag to stanch the blood flow of my wound along the way, from a little compartment on the Honda 50 Rice rocket I had ridden here. I had one Coors left, drank it, and sat there until dark, trying to comprehend what had happen.

I found Peace that day and know that I had met my guardian angel, the first of many I later found out. My life went on and soon my frightful experience left my thoughts. My life continues to be a blessed journey. Even though I eventually had forgotten about the terror filled day, I have never forgotten the day I met my first guardian Angel.

So now you see why I am a fanatic about the karate history and its pioneers.

I should not be here today. Someone, something, a guardian angel had decided there was much more I was destined to do, more than to just drown in a canal in the middle of the California hills. To which I say, “amen.”

I believe no matter how annoying or bothersome it is, we must remember the martial arts roots of respectful practice and the first time you performed true karate. Also, we cannot forget the pioneers that gave so much to those moments for us, as students, to cherish. Thus, was born the Sport Karate Museum, Osu!

Yes Virginia, I am a Fanatic. It is simple. Every day I realize I have come a long way from living in Hawaii, on the beach, in a hut. I am thankful that every day is a blessing, as is my family, my friends, my Black Belts, and especially my faith.

We hope you enjoyed this little taste of Professor Lee's soon to be released book. Please watch for future announcements of its availability and until then we'll see you on the mat! 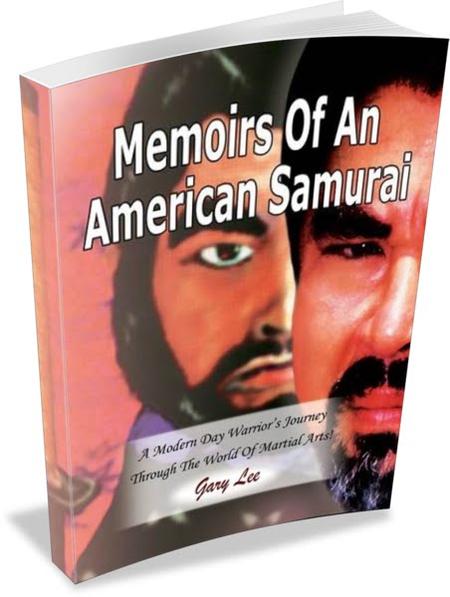 You can help support the Museum with each purchase.