What’s So Special About the WMARA?

The 13 endorsers who were instrumental in all of the progress in this activity are considered to be not only pioneers in the industry but as founders who are highly respected and admired for their countless contributions.

These original 13 endorsers are:

WMARA founder, ​Grandmaster J. Pat Burleson,  at his passing, has entrusted its leadership to Grandmaster Jim Butin to carry on the work of this prestigious association.

Your martial arts rank certificate is by far the most important document you have and it should be endorsed by the best Martial Artists you believe in.

After a background check, your present certificate has been recorded and all forms are filled out, your new endorsement by some of the greatest martial artists of the twentieth and twenty-first centuries could be over your mantle or on your studio office wall for proud display.

​The brainchild of its founder, Grandmaster Frank E. Sanchez of Guam, the WORLD HEAD OF FAMILY /SOKESHIP COUNCIL is composed of a grandmasters/ representatives division with posthumous division; elite masters division, masters division with posthumous division; and honorary members division. At the present time, the Council has hundreds of members worldwide of every conceivable martial arts style and origin. Their list of members reads like a virtual "Who's Who" of the martial arts world.

There are no membership fees charged in its main division composed of grandmasters/ representatives and The WORLD HEAD OF FAMILY/ SOKESHIP COUNCIL grants membership solely by invitation or sponsorship only. The main purpose of the Council's focus is to bring communication between the different systems through its grandmasters/ representatives and to proliferate the growth of the martial arts through its programs. Programs such as its International awards banquet which honors martial artists for their accomplishments; and its international seminar program are designed to teach the public as well as expose martial artists to the teachings of each other.

For more information on the Council and its programs, you can write to its International Headquarters in Jacksonville, Florida at:

This page currently offers two prestigious associations that are respected by the National Sport Karate Museum and its website and are listed below. They are:​

For any questions about membership and its benefits you can contact us at:

"Recognizing advancement in the Martial Arts with distinction and proper notoriety." 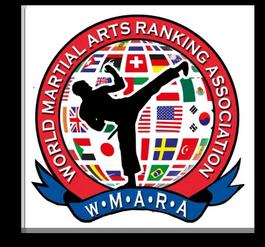